Don waterways are the cradle of the Russian nation and its original culture, an integral part of Russia’s history. Hundreds of nomadic and commercial routes permeated the Don land and here Cossacks would raise their villages or settlements. Cossacks stayed on the Don even in times of Tartar Yoke, but were later pushed up north by Tartars to the very White Sea coast. Yet in the first half of XVI century Cossacks started gradually coming back to the Don. Cossacks are inextricably bound up to the Don, one of Europe’s oldest and quietest rivers.

Don’s grandeur and force are rendered in the first installation that welcomes passengers and visitors to the airport on a 12-meter screen beaming a 4-minute commercial titled “A Flight over the Don”. The video was specifically filmed for the museum as the filming crew was traveling down the Don in their boat for two days: almost from the estuary to the influx into the Azov Sea. This multimedia programme was produced using state of the art cine equipment – in particular, the world’s most powerful quadcopter capable of lifting heavy shooting equipment; ReadWeapon camera with ultrahigh 8K resolution, 16 times higher than in modern HD screens. Thanks to the highest image quality and motion dynamics, the full immersion effect is created. Free spirits of the South

A short film about free Cossack spirits is demonstrated on a closed panoramic screen, with riders saddling their horses and dashingly galloping across the boundless prairie. The spirit of fraternity cemented by ages of hard but hang-loose prairie living shaped the original Cossack character and social patterns. Being freedom-loving folks by nature, Cossacks of the Don would buttress the Russian statehood as a secure foothold. Cossack communities and forces were led by elected chieftains or atamans, Matvey Platov being most famous of them.

The programme’s key idea was in rendering the atmosphere of Cossack freedom, social cohesion and fraternity visually and emotionally. The installed screen perimeter is 28 meters plus. This is one of the largest LED panels in Russia. 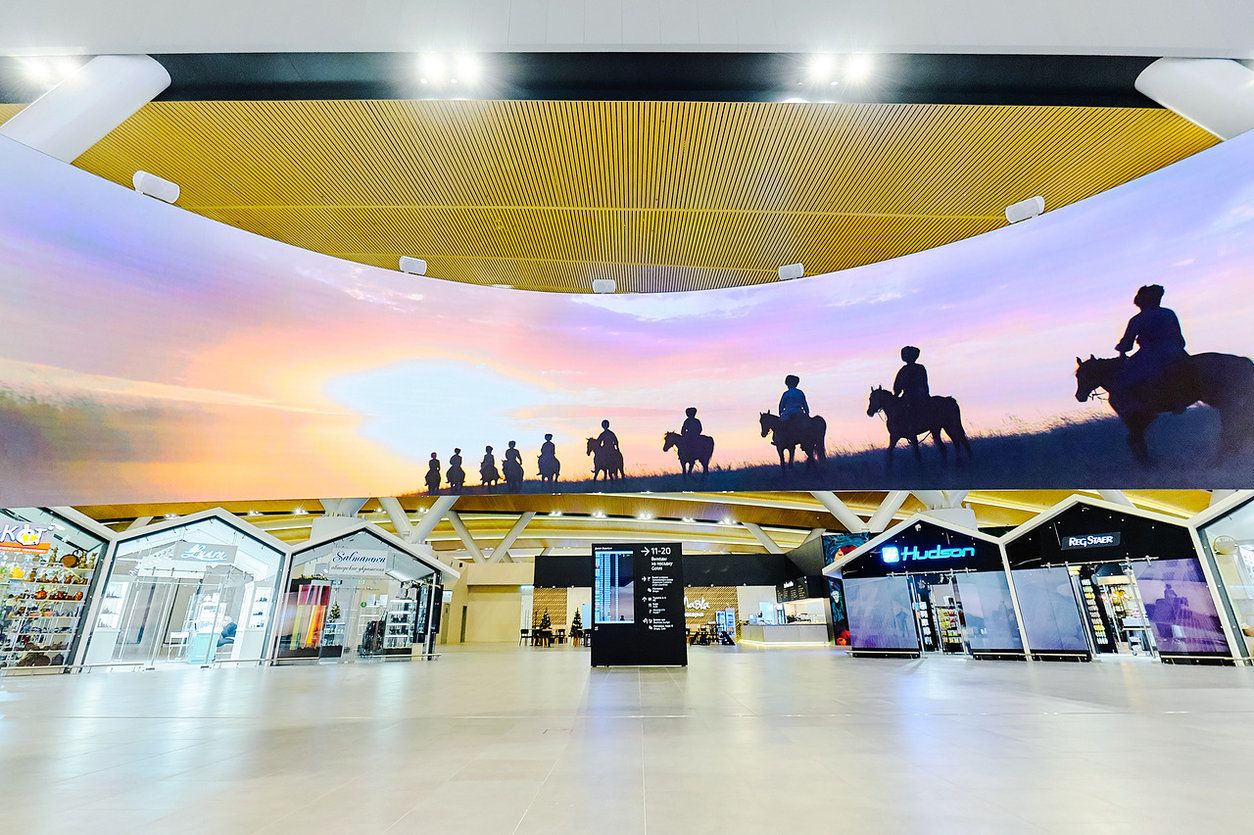 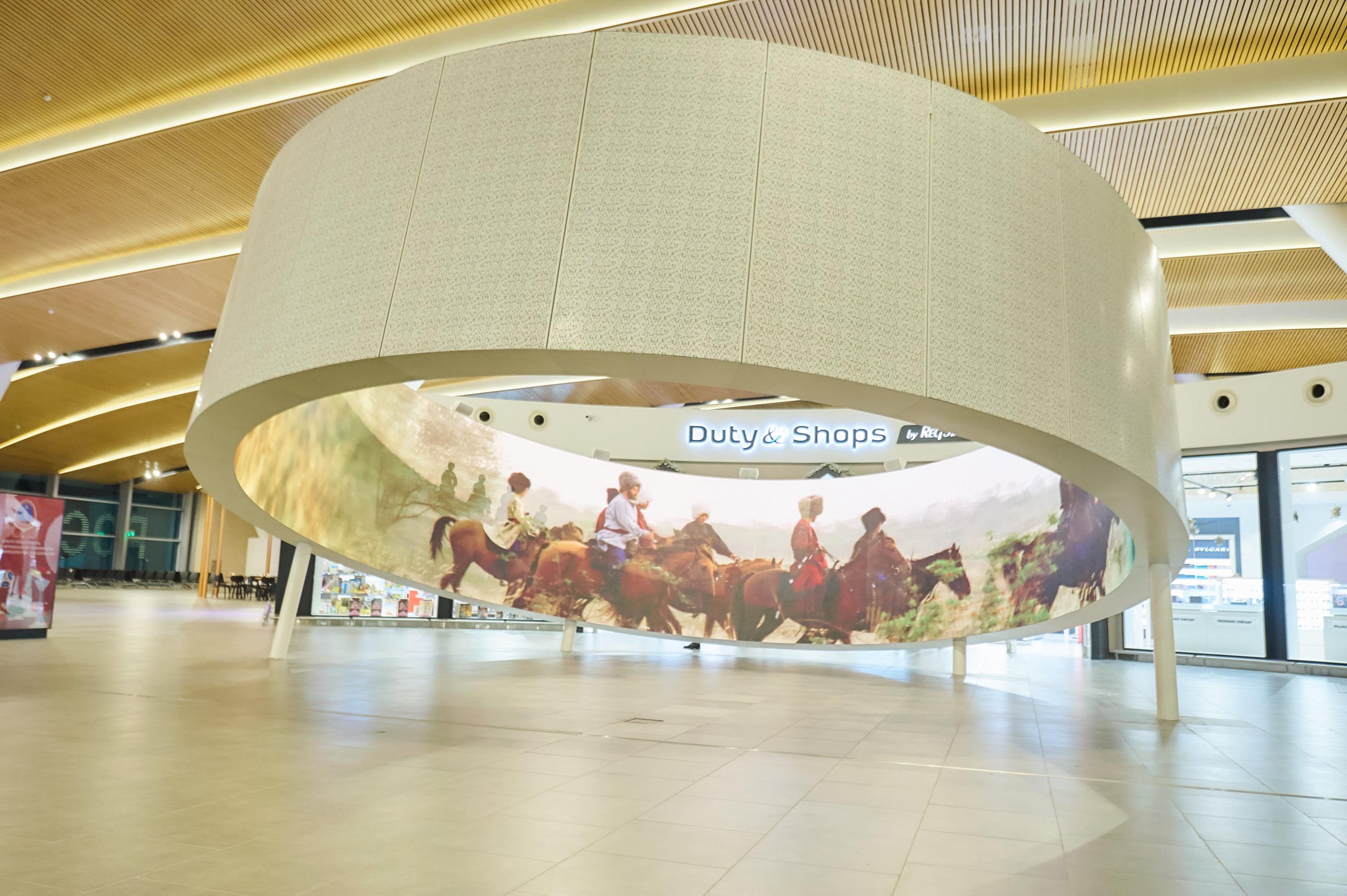 Cossacks have always been indispensable in combat and very good at rapid and sudden raids: during many centuries they developed their own method of launching an offensive, called “lava” or cavalry charge – a spontaneous, impromptu tactic.

Cossacks were a centerpiece of all main battles in the war against Napoleon. It is the “flying” corps of chieftain M.I. Platov and Cossack guerilla detachments that chased Napoleon’s Army. One of the battles in the campaign of 1812-1814 is portrayed on a tailor-made canvas.

Opposite the canvas are several e-viewfinders: looking into one of these, a spectator gets immersed in a 3D version of the painting and can thoroughly study its fragment, also viewing one of three short animated shows, with heroes of the canvas literally coming to life in the eyes of spectators.
Floor
3 The installation includes a large LED screen showing a video presentation devoted to transformation of the Cossack exterior throughout several centuries. 3D full-size human figures slowly revolve round the vertical axis, enabling the viewer to examine all details of their outfit from all angles.

The video programme is accompanied by detailed explanations about the given attire. Visitors can also have their pictures taken in one of the Cossack period costumes using special software built in the interactive panel, and then send their images by email.
Floor
3 The installation is dedicated to two heroes of the Patriotic war 1812, namely Chieftain Platov and Field Marshal Mikhail Kutuzov. Both left a large footprint in European history as most active and successful fighters against Napoleonic expansion. Matvey Platov was commander of the “flying” Cossack corps which eventually turned the orderly retreat of Frenchmen into a debacle. General Field Marshal Mikhail Kutuzov with his cautious and calibrated strategy that helped evade a head-on clash with the Great Army and outwit Napoleon was another true hero of the Patriotic war. All services
When continuing to use our website, you give consent to processing of cookies, user data (location data; OS type and version; browser type and version; device type and its resolution; source from which the user comes to the website; from what website or by what advertising; OS and browser language; what pages are opened and what buttons are pressed by the user; IP address) for purposes of website functioning, retargeting and performance of statistical researches and reviews. If you do not want your data to be processed, kindly leave the site.